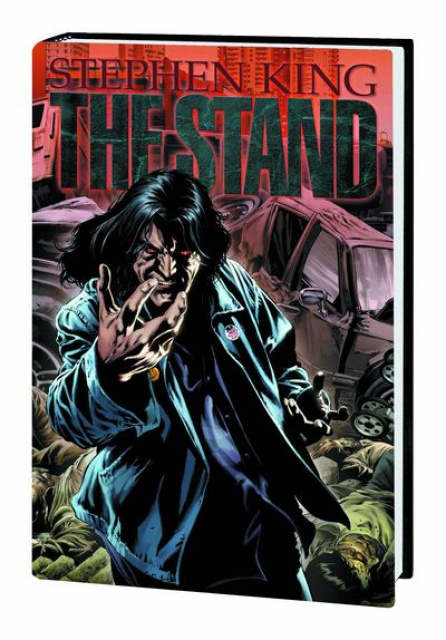 The Stand is a classic tale of good vs. evil, loss weighed against redemption and despair pitted against hope. It is an apocalyptic vision of man's battle to save life against a worldwide plague of death. When the viral strain dubbed 'Captain Trips' works its way across the face of the country, the painfully few survivors are launched into a nightmare that's only just begun - but for the Dark Man, Randall Flagg, it's a dream come true. Based on the masterpiece of apocalyptic horror by celebrated author Stephen King, this lavish adaptation is packed with extras in a two-volume slipcased set! Collecting THE STAND: CAPTAIN TRIPS #1-5, THE STAND: AMERICAN NIGHTMARES #1-5, THE STAND: SOUL SURVIVORS #1-5, THE STAND: HARDCASES #1-5, THE STAND: NO MAN'S LAND #1-5, THE STAND: THE NIGHT HAS COME #1-5 and THE STAND SKETCHBOOK.