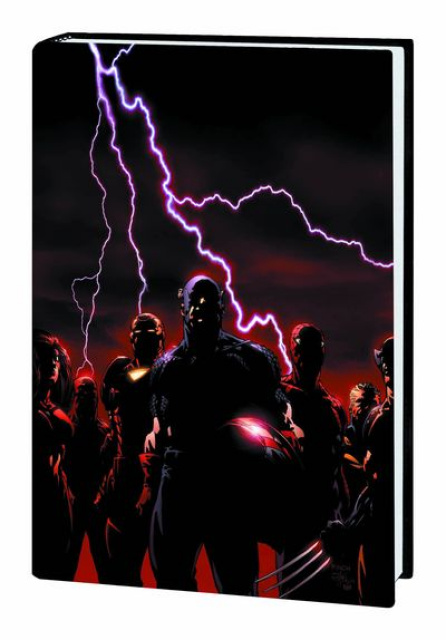 The first half of Brian Michael Bendis' radical Avengers revamp is collected in one massive volume! When the Avengers are disassembled by an insane Scarlet Witch, a new and decidedly different team rises to take their place - including Spider-Man, Wolverine and Luke Cage! These New Avengers face down a prison break, the secrets of the Sentry, the menace of the multi-powered Collective and more - and even find time to celebrate the marriage of one of their own. But when a terrible tragedy kicks off a superhuman Civil War, will the newly created team be irrevocably shattered? Collecting AVENGERS (1963) #500-503, AVENGERS FINALE, NEW AVENGERS (2005) #1-31 and ANNUAL #1, NEW AVENGERS AND THE FANTASTIC FOUR #1, GIANT-SIZE SPIDER-WOMAN #1, NEW AVENGERS: ILLUMINATI (2006) #1, CIVIL WAR: THE CONFESSION #1, CIVIL WAR: THE INITIATIVE #1 and NEW AVENGERS MOST WANTED FILES #1.