On ancient Tython, the Force is out of balance, causing a massive Force storm which could destroy the entire planet! As three mighty Je'daii Masters strive to subdue the storm, three of their students struggle to forge an uneasy alliance with the dark stranger whose presence created the storm in the first place. As the first arc of the epic tale comes to a close, powers beyond even the Je'daii's understanding will be revealed, and a threat to the galaxy at large will be unveiled! 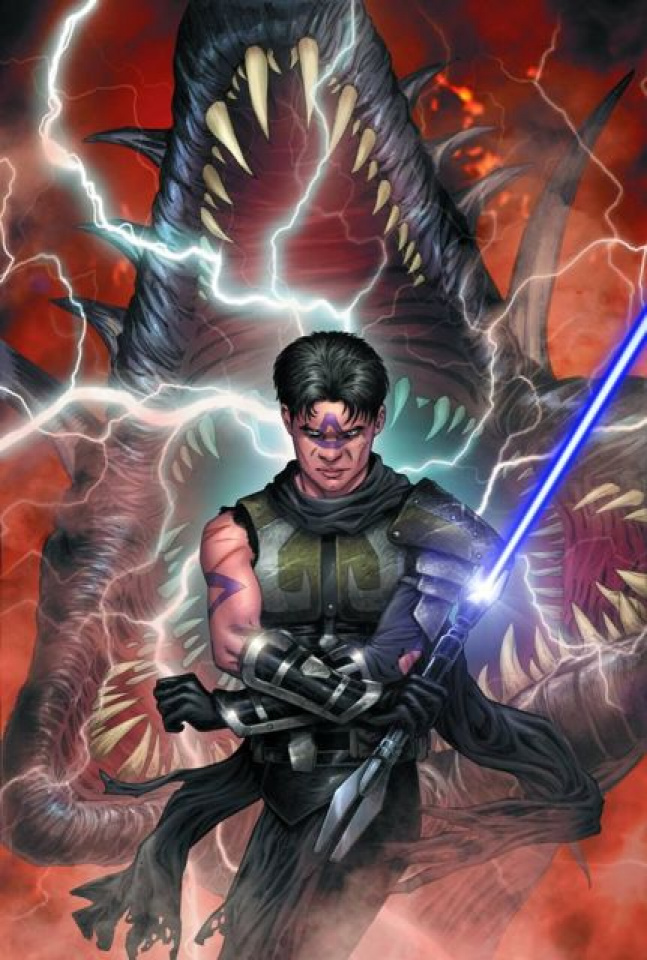