Afterword by Neil Gaiman! For 40 years comic fandom has thrilled to the exploits of Elric since his introduction in Marvel Comics' Conan the Barbarian in the early 1970s. Neil Gaiman called Elric's creator Michael Moorcock "my model for what a writer was" while Warren Ellis said he is one of the "eight core sites in my creative genome." Now the godfather of the Multiverse teams up with hot New York Times bestseller Chris Roberson (Superman, iZombie, Stan Lee's Starborn) for an ongoing series that sees a crisis break out across multiple worlds with Moorcock's other two most famous fantasy franchise characters, Corum of the Scarlet Robe and Dorian Hawkmoon! The workings of Fate are being tampered across the Multiverse, upsetting the Cosmic Balance. Elric is on a quest to restore The Balance and save the Multiverse from ruin! Elric, Corum, and Hawkmoon are forced into action far and wide, but will they fight on the side of Law... or Chaos? 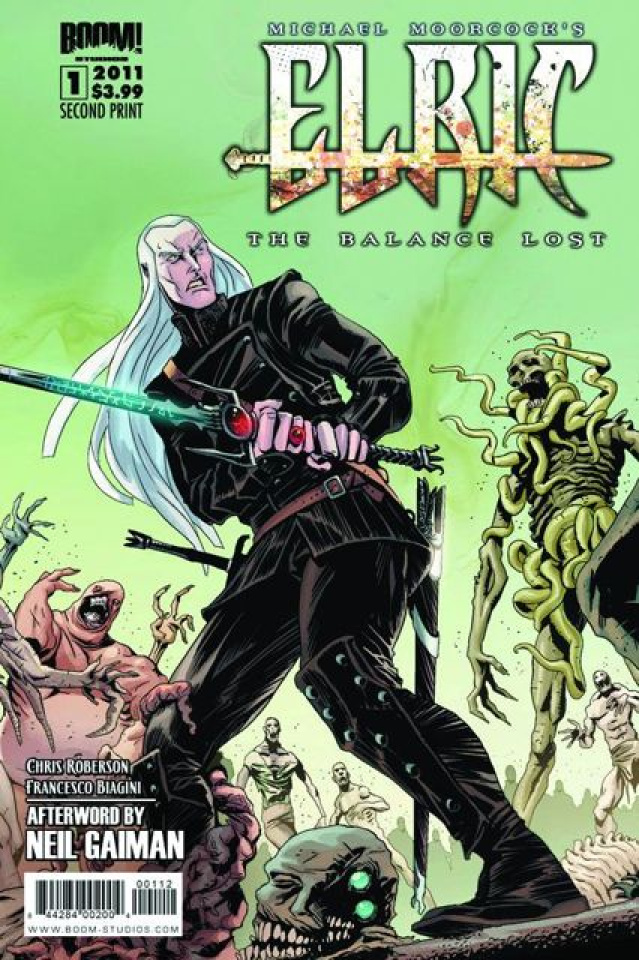