The Death of Zorro #4

The battle is on. The Lone Ranger, Tonto and a handful of Indian braves launch their first guerilla attack on the forces of Colonel Augustus Barton. It's a small step, though, as Barton's men still hold the local Indian mission: still oppress and murder those who live there.

Meanwhile, members of the secret society of crime fighters known as La Justicia make their way to the Zorro ranch. Do they represent what the Chumash Indians have been praying for... hope? 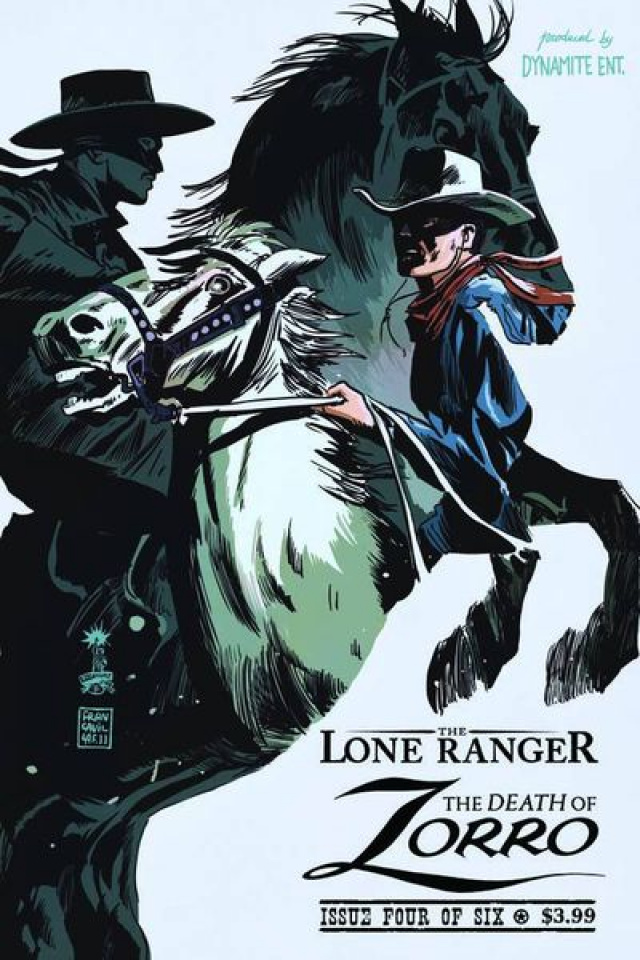