The first story arc of the ongoing LADY DEATH monthly series comes to a shattering conclusion, with a controversial revelation that is sure to stun fans of the albino femme fatale!

After being banished to Earth, Lady Death has risked life and limb to recover the lost fragments of the supernatural powers and memories which were stripped from her by the vile Death Queen, and her quest has led her to the frozen peaks of the Himalayas.

To regain a lost fragment of the power crystal that will bring her one step closer to being whole, she'll have to fight the savage talons and razor-sharp fangs of the Ice Demons which have claimed the crystal as their own. But even as the aftermath of her struggle leads her to a most shocking and life-altering decision, an even greater shock lies in the Under Realm, when the true face of Death Queen is finally revealed, a truth that will forever change the course of Lady Death's life.

Months of battles have taken their toll, but the true war for the Under Realm is about to begin! 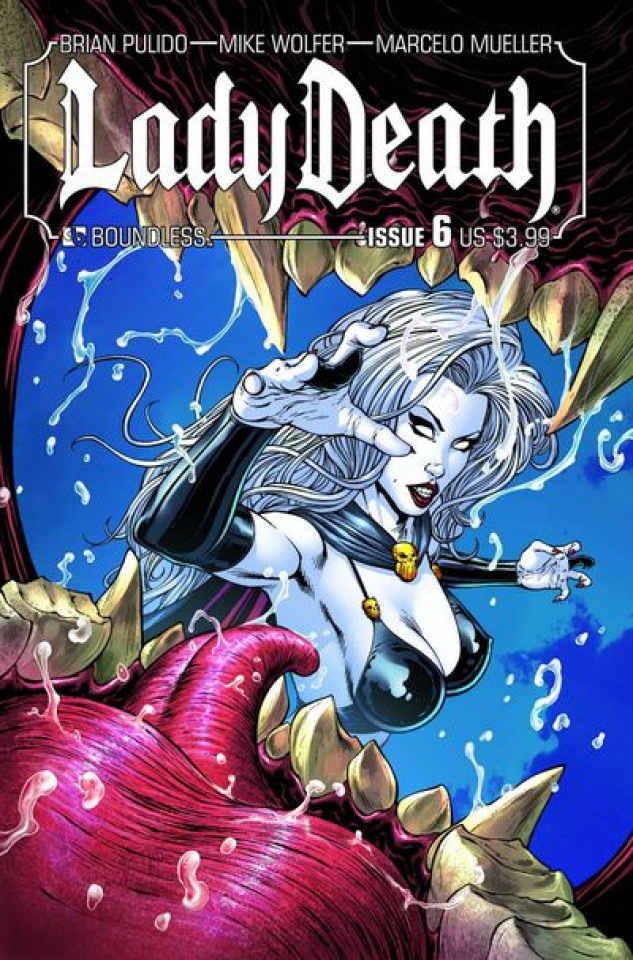