Boundless unleashes our second on-going monthly series, written by Mike (Lady Death) Wolfer and featuring a whole new World that is populated by re-imagined versions of some of the most popular indy characters!

For centuries, the sins of man ravaged the Earth, and our only salvation lay in the hands of the very being who first unleashed that evil upon us. But the unending battle has finally been won, the mythical box has been closed, and the immortal Pandora has settled into a life of exploration of the world her impulsive actions once nearly destroyed. But true evil cannot be contained forever, and an even more hideous scourge is about to be released upon the dimension of the living in an invasion of cataclysmic proportions. Only a true War Goddess could face such insurmountable odds, but when the incursion from the dark dimension begins in the form of the demon assassin Hellina, Pandora knows that a defense force of supernaturally-powered allies is mankind's only hope. And her first recruit is the woman-spider Widow, whose horrific savagery and thirst for blood might be the only thing that lies between victory, and total and eternal Hell on Earth!

This epic saga is written by Mike Wolfer and featured the art of Pow (Justice League) Rodix wrapped in a stunning new cover by Matt Martin! Also available with a Wraparound or Gore cover by super-star Jacen Burrows and a special Art Nouveau Retailer Order Incentive by painter Michael Dipascale! 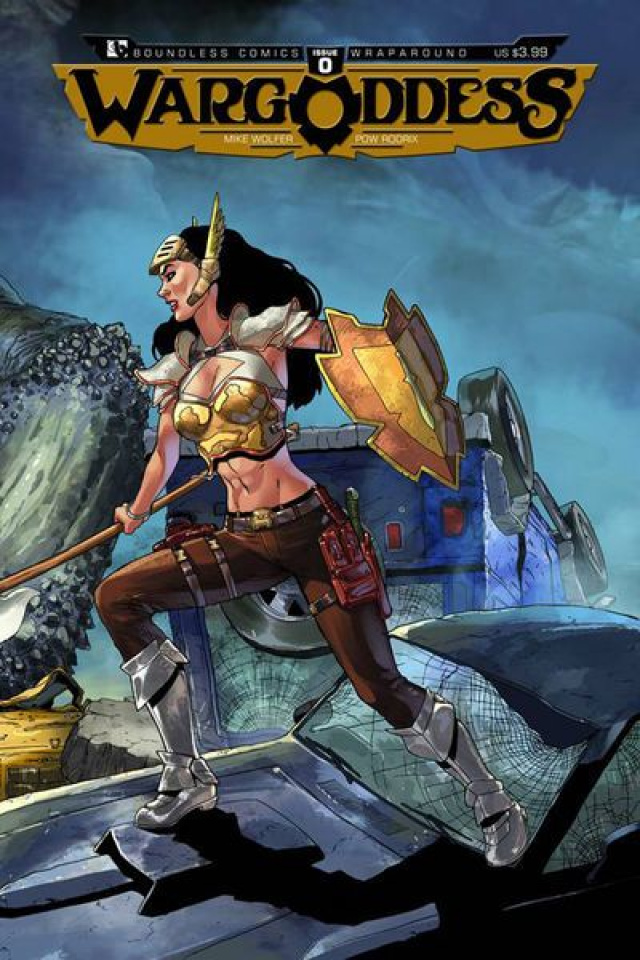