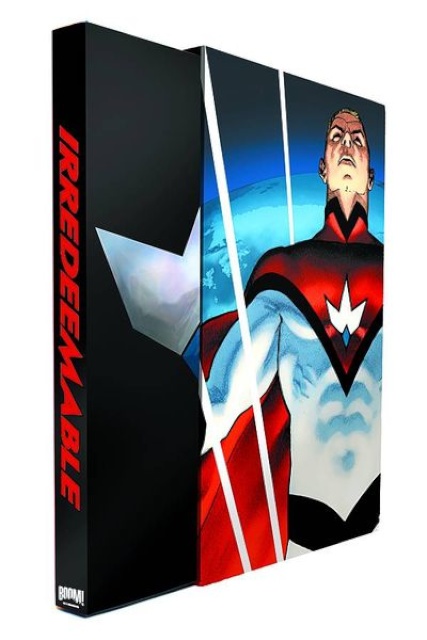 First time in a deluxe slipcase oversized hardcover edition! The first twelve issues of the ongoing superhero series from Mark Waid all in one collection!

Irredeemable took the comic industry by storm in 2009 and is now celebrating its second year. With nothing like it on the market, Mark Waid's Irredeemable has been a recipient of multiple Eisner and Harvey Award nominations.