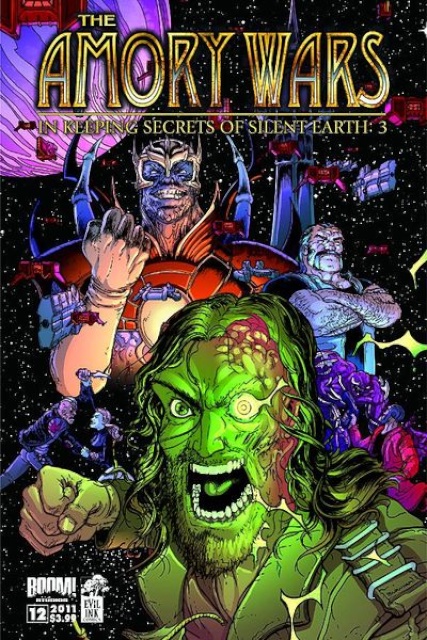 The Amory Wars: In Keeping Secrets of Silent Earth 3 #12

Claudio's ship of misfit warriors joins Inferno and his rebel army, taking the fight directly to Wilhelm Ryan and House Atlantic. It's a battle for the ages as Claudio's survival hinges on whether The Crowing was really his destiny - or just a myth. Cover by Chris Burnham.