Michael Turner's Fathom makes its return for the sensational fourth volume! Aspen Matthews finds herself back in her peaceful hometown of San Diego, but soon she will discover all is not fun under the sun. With her life's privacy now a thing of the past, even a trip home will prove deadly for the daughter of both worlds. When a run in with the Secret Service turns ugly, her already infamous reputation above the surface reaches a breaking point amongst the Humans. However, the scorn of the people is far less threatening to Aspen's present than the surprise return of someone from her past! For the legions of FATHOM fans who have been waiting to see Aspen in her element, taking control of her life, now is the time to jump on in-the water's just fine! 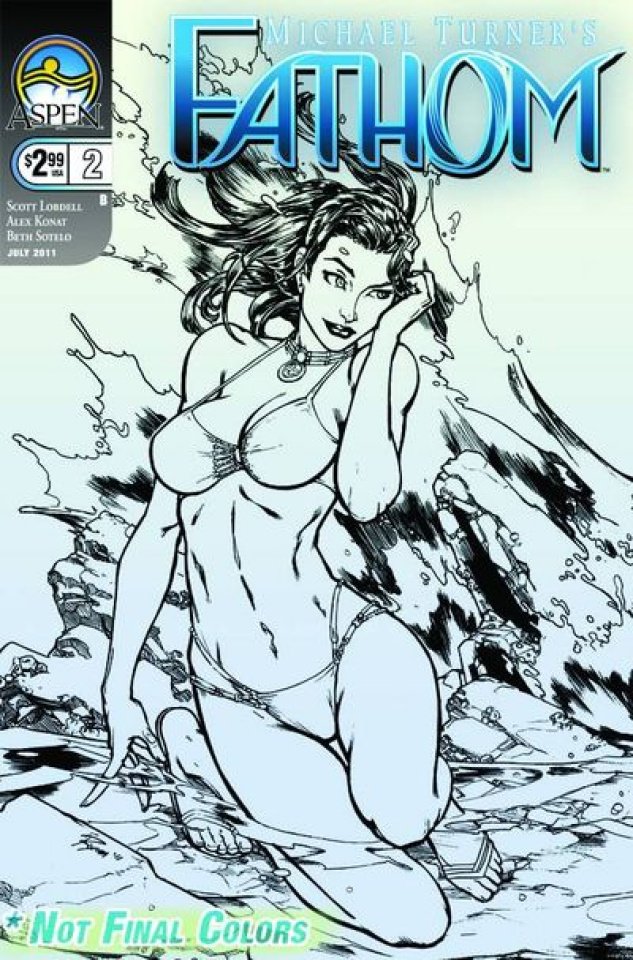