The Pirate Ninja Leprechauns have broken out of 'Super Dungeon' and captured the combined treasure of Jade-Realm's most notorious criminals! Prime target of their rampage o' vengeance is Prince Lowtor and his candy-coated kingdom of the Oumpa Loumpas! Totally outmatched by the fury of Pirate Ninja Leprechauns, Lowtor must flee his kingdom and escape to the one person he hopes will help him, the World Fighters Federation champion Ayane Anno! This issue is a light-hearted, comedy-stuffed romp through some of the weirder, zanier settings of Gold Digger, designed to be fun for anyone to just pick up and enjoy. While there is some fun character development, this issue never takes itself seriously! 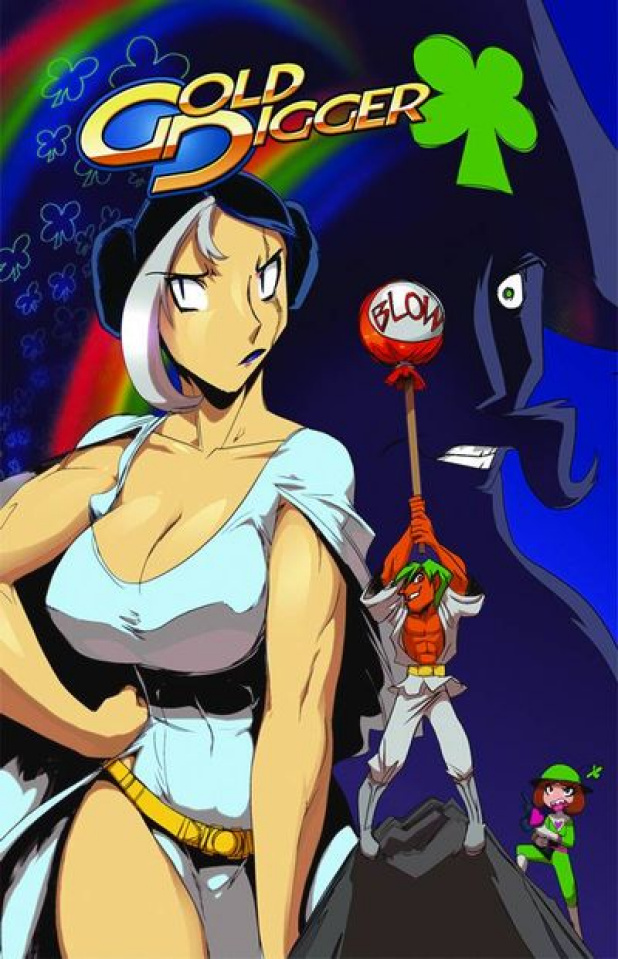