Deadpool gets beat up by everybody! The Merc with a Mouth continues his calamitous cruise through the Marvel Universe - and this time, no one is safe! Everyone's favorite gun-toting maniac traipses headlong into the worlds of some of Marvel's best and brightest in this collection of tasteless team-up adventures. Deadpool travels to England for tea, crumpets and a fistfight with Captain Britain; battles the demons of Hell for the love of the sultry Satana; takes on the merciless Mr. X in Madripoor; puts on a puppet show with Machine Man; and plays laser tag in the jungle with Gorilla Man. Sound like enough action for ya, Chuckles? Plus: everything you could possibly want to know about the craziest character in the Marvel Universe! Collecting DEADPOOL TEAM-UP #893-889 and the DEADPOOL CORPS: RANK AND FOUL handbook. 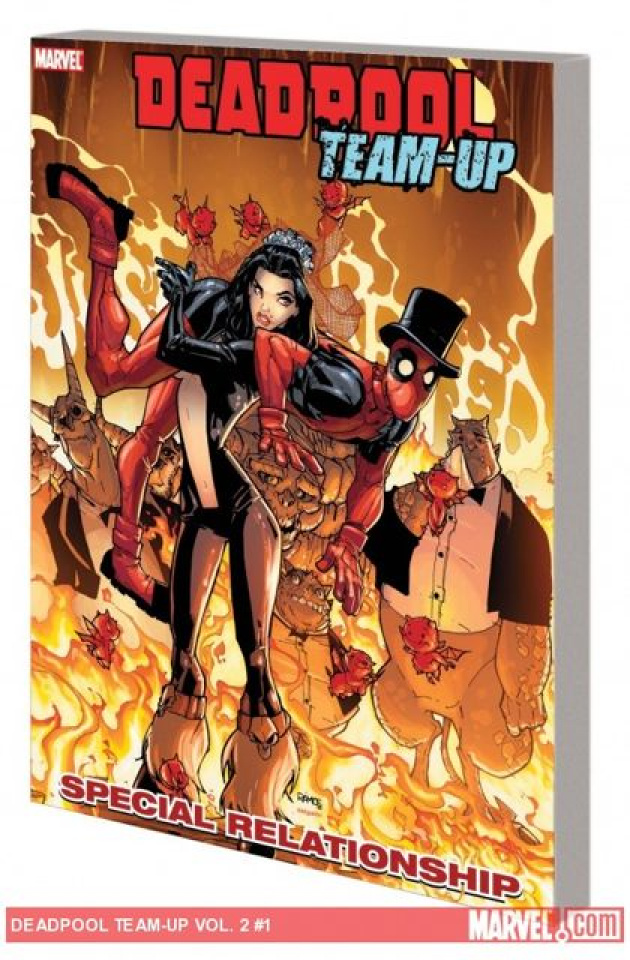