The House of Ideas proudly presents Deadpool's historic, SUPER-sized, ACTION-packed 900th and 1,000th issues! Wait ...what?! Who cares! If this collection of octane-infused stories by some of comics' hottest creators doesn't make you want to genuflect at the Altar of Wade, nothing will. Thrill as the Merc with a Mouth squares off against probe-happy aliens, trigger-happy mimes, mimes from outer space, urban cannibals, underage hit men, one seriously unhappy fanman and Lady Luck herself! Wince as Wade bares his soul - and lots more - to a shrink who's got major squirrels in his own attic. Thrill as he travels around the globe and then some to settle a childhood bet. And Chill as C.S.I. investigators at a blood-splattered crime scene attempt to piece together why this particular 'unsub' needed battery cables, Crisco oil, three stacks of adult magazines and a live chicken to pull off the hit. Plus: Steve Rogers has returned! Will Bucky Barnes, the current Captain America, go back to being the Winter Soldier? Are there others in line? We say again: Who cares! All we're interested in is who WON'T be holding that Vibranium-laced hunk of junk. Who won't wield the shield? It could be not YOU!!! (Featuring a special appearance by everybody's favorite underused character, Deadpool! At last, Deadpool!) Collecting DEADPOOL #900, DEADPOOL #1000, CAPTAIN AMERICA: WHO WON'T WIELD THE SHIELD? and MARVEL DIGITAL HOLIDAY SPECIAL: MERRY FREAKIN' CHRISTMAS!! 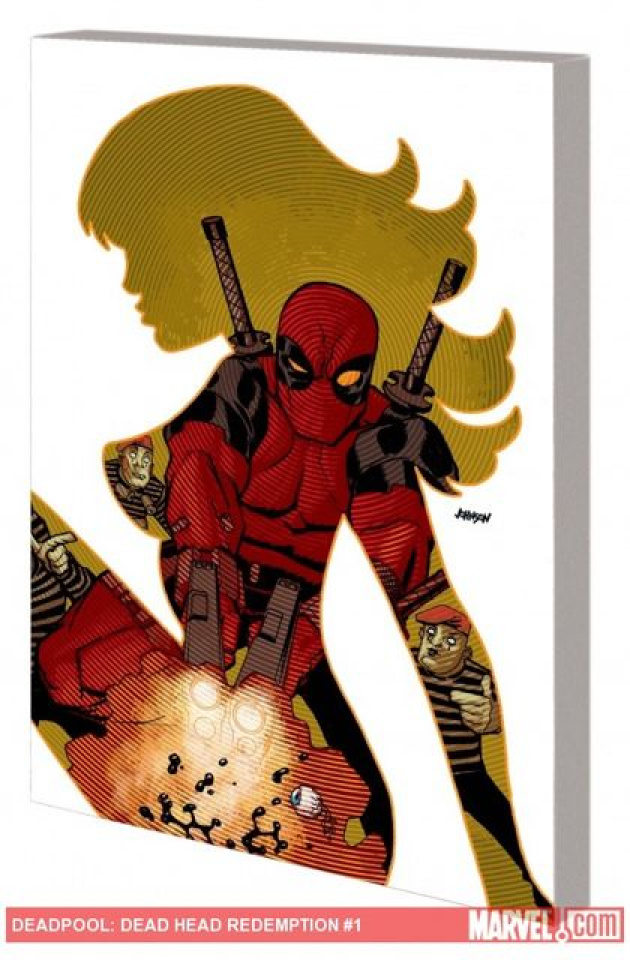