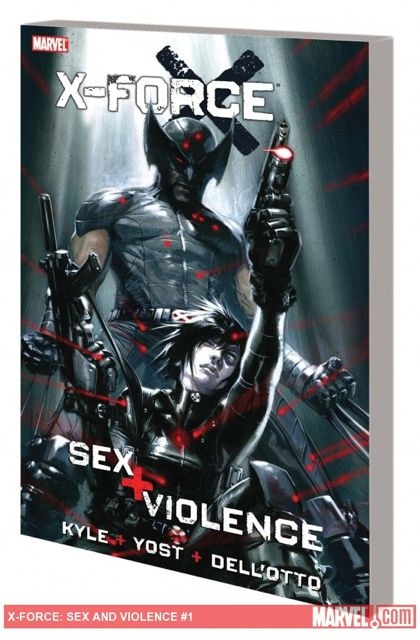 Undercover and under covers! Wolverine wants Domino. He wants her bad. Unfortunately, he's not the only one: She's being hunted by the infamous Assassin's Guild. Sensing her mutant-powered luck is about to run out, Domino accepts Wolverine's help, and the two set about fending off their attackers - and putting the moves on each other. But with the Assassin's Guild calling in all its super-powered heavy-hitters, can the X-Force teammates compete against this murderer's row of villains while distracted by each other? Collecting X-FORCE: SEX AND VIOLENCE #1-3. And see where the sex and violence began for Wolverine and Domino in NEW X-MEN ANNUAL 2001.