There are innumerable and varying potential futures awaiting mankind. Among them exists only one constant: the rise of the Deathloks! Seeded in our present they grow, a time virus spreading across all possibilities, infiltrating the fate of mankind. One thing stands in their way: a man who shouldn't exist. They come in waves, an army of time-displaced Deathlok troopers forged from Earth's greatest warriors - Captain America, Spider-Man, Elektra, Cyclops, Venom, the Thing, Bullseye - all soldiers in the army of Deathlok. All operating under one directive: Fantomex must die! Plus: When a situation calls for hard choices, the Uncanny X-Force is there to step in. Lady Deathstrike, with the deadly Reavers at her side, set out to destroy the X-Men in their home! Deathstrike will obliterate the X-Men or die trying, and this new X-Force is more than happy to oblige. As the line between right and wrong become more and more blurred, will the X-Force be heralded as heroes - or villains? Collecting UNCANNY X-FORCE #5-7 and #5.1, and Deathlok's first appearance from 1974's ASTONISHING TALES #25. 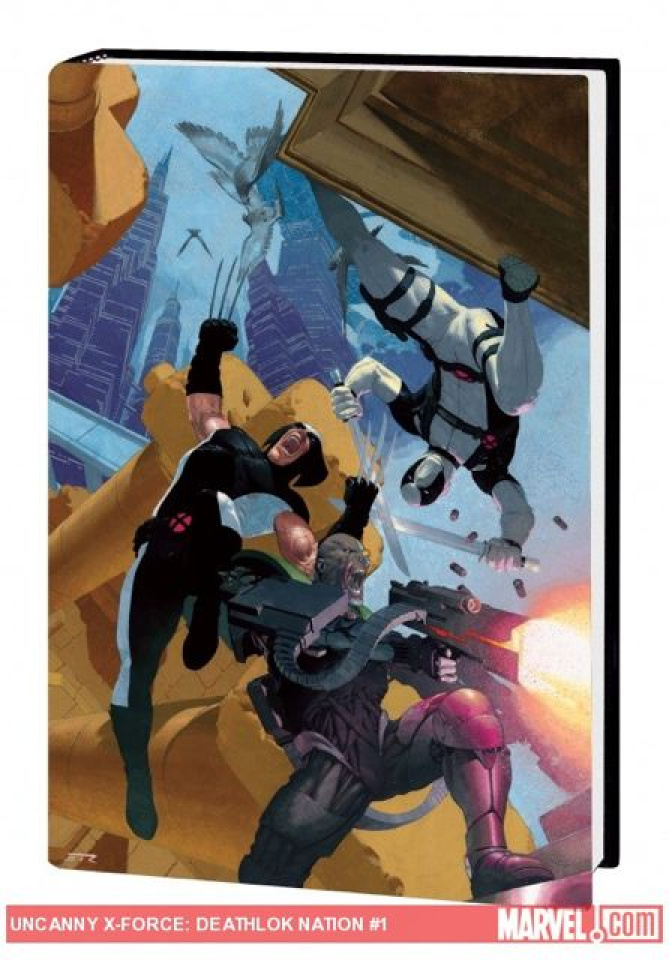