The Dark Tower: The Gunslinger - Little Sisters of Eluria

Near death from an attack by Slow Mutants, Roland Deschain is taken in by a group of Sisters who specialize in anything but the healing arts. These hideous, corpse-like creatures known as the Little Sisters of Eluria have murder on their twisted minds. And in his current, wounded condition, there's almost nothing the last gunslinger can do to prevent their tender mercies from taking hold. Plus: The mentally handicapped, formerly mute young man known as Sheemie possesses the awesome power to shatter the very Beams that hold the Dark Tower in place - the fulcrum of existence itself. But Sheemie does not want to destroy the underpinnings of reality. He is in the prison of Devar-Toi, and all he wants is his friends - his ka-tet - to come for him. And one of them is coming for him even now. One of them known as the last gunslinger, Roland Deschain. And not all the horrors of Thunderclap will stand in his way! Collecting DARK TOWER: THE GUNSLINGER - THE LITTLE SISTERS OF ELURIA #1-5 and SHEEMIE'S TALE. 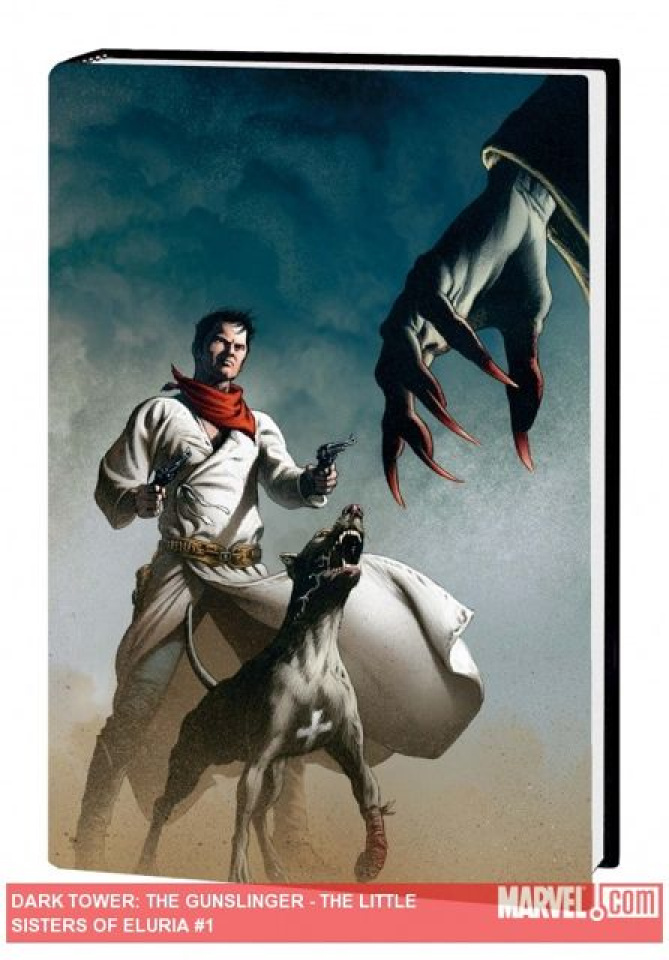