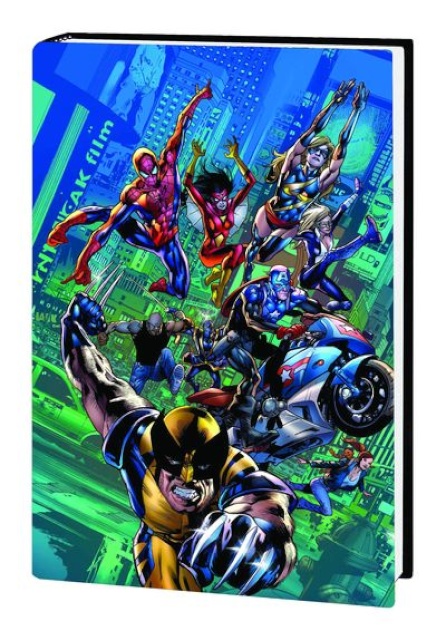 As the New Avengers chafe under Norman Osborn's Dark Reign, one of the Hood's gang discovers a way to negate the heroes' powers - turning the tide of battle in a single shocking instant. Which Avenger suffers a debilitating injury during the clash, and are the others willing to turn to their newest nemesis to save their teammate's life? Plus: Ronin takes the law into his own hands, making an attempt on Osborn's life - but when his plan falls apart, the ladies of the Avengers must band together to save him. Then, Steve Rogers is back - but he may be too late, as Osborn launches his invasion of Asgard! As the gods fall, the Avengers must run a gauntlet of the Hood's cronies. Will they emerge triumphant in time to stop Osborn's siege? It's the shocking conclusion to the first volume of Brian Bendis' landmark NEW AVENGERS series! Collecting NEW AVENGERS #55-64 and ANNUAL #3, DARK REIGN: THE LIST: AVENGERS, and NEW AVENGERS FINALE.