When everyone's favorite shape-shifting secret agent - now in the employ of Professor X - is sent to Europe to investigate a biotech company rumored to be using mutants as guinea pigs, she discovers a mystery far greater than anything she'd imagined! As Mystique and Shortpack get closer to their objective, they must confront a new revelation: Someone is selling transient mutants as guinea pigs, slaves and worse! Then, Mystique sets out to find Shortpack, who's mysteriously vanished. But she's got enough on her mind already: She has to figure out how to assassinate Professor Charles Xavier! Collecting MYSTIQUE #14-24. 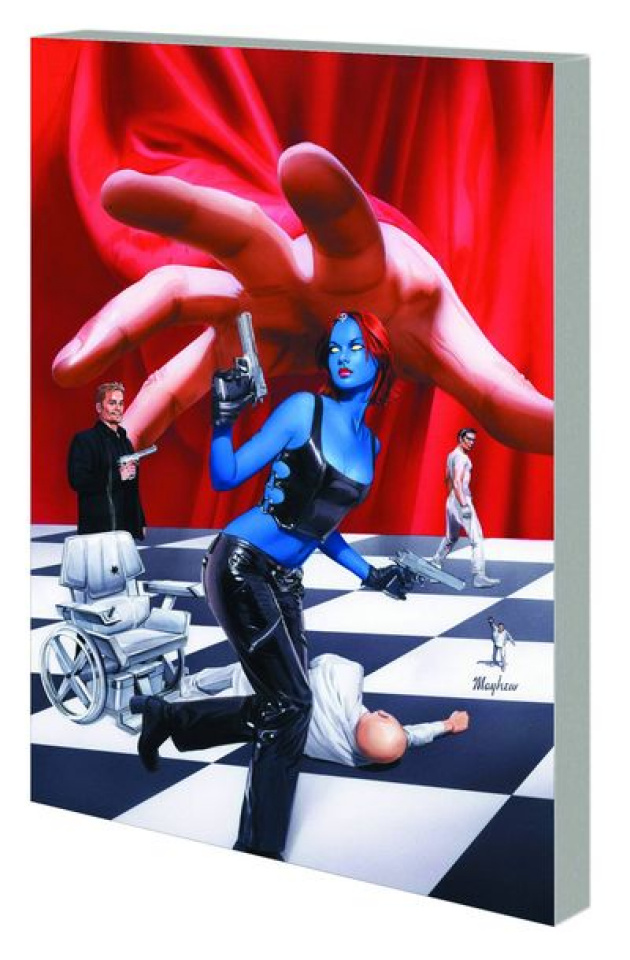