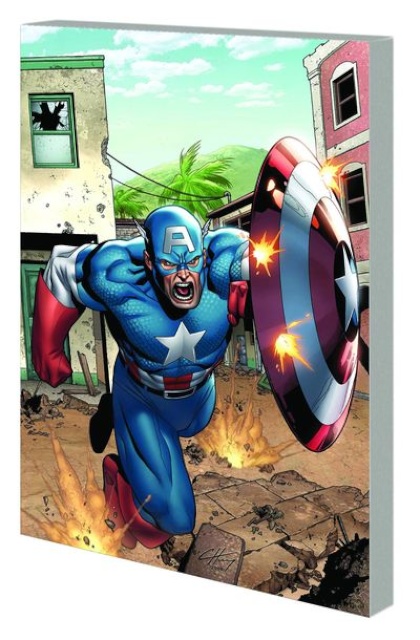 The Sentinel of Liberty smashes into action! In the 1940s, scrawny teenager Steve Rogers volunteered for a government experiment that transformed his body into the peak of physical perfection. He became Captain America!

Cap fought valiantly for his country during World War II, but then mysteriously disappeared - only to be found decades later, still young and ready to fight the good fight!

Get the scoop on the Star-Spangled Super-Soldier as Marvel proudly presents a heaping helping of all-ages, all-action adventures starring Captain America! The Living Legend battles threats old an new as he faces off against Hydra, P.R.O.D.O.K and the Grey Gargoyle!

Including a guest-appearance by the Amazing Spider-Man and a retelling of Cap's thrilling origin story!