A ragtag Special Forces unit brings Captain America on his first mission during World War II! Their orders? Don't get him killed! But when the low-profile assignment draws the attention of Baron Strucker, the future Red Skull and half the Nazi army, it'll be a crash course in super heroics for Marvel's first Avenger! Plus: An evil from the Sentinel of Liberty's earliest days reemerges in the modern era to exact vengeance on Cap and the Avengers! Collecting CAPTAIN AMERICA: FIGHTING AVENGER #1, MARVEL ADVENTURES THE AVENGERS #3 and #37, and MARVEL ADVENTURES SUPER HEROES (2010) #5. 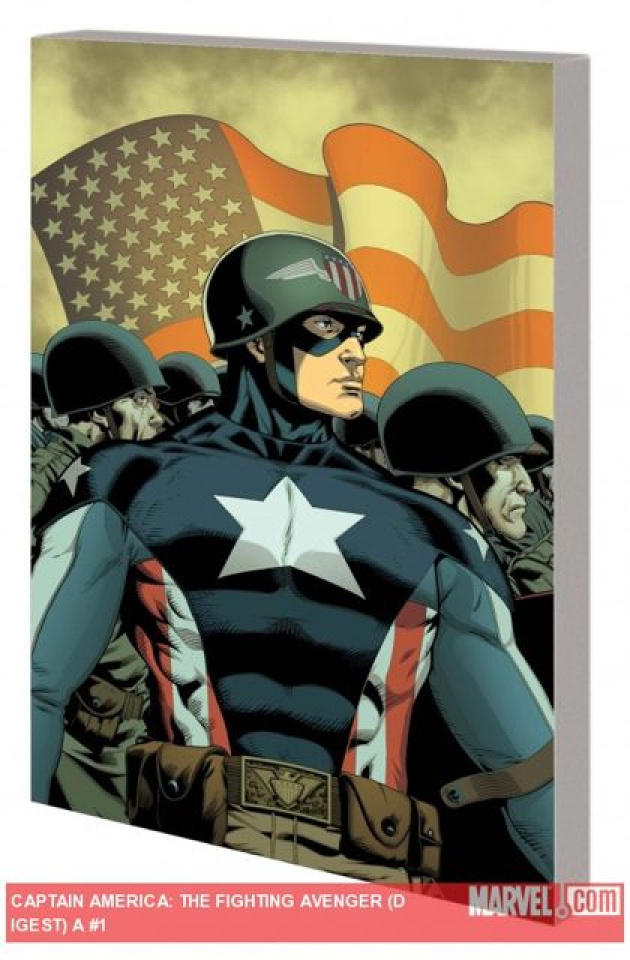