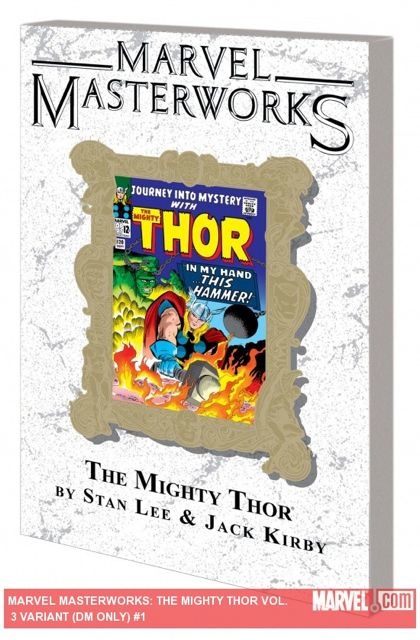 Hail Asgard! The MARVEL MASTERWORKS are back with another selection of trendsetting Stan and Jack stories featuring the Mighty Thor! That's right, the creative team that sparked the Marvel revolution shows you how it's done with classic stories including an earth-shaking fight to end all fights between Thor and the Incredible Hulk, the return of the Grey Gargoyle, the entrance of the Absorbing Man, Thor and Loki's exile to the danger and desolation of Skornheim, the first appearance of the unstoppable Destroyer, and the introduction of Hercules and the Greek gods to the Marvel Universe! And it's all backed by the fan-favorite 'Tales of Asgard' featuring the origins of Marvel's Norse pantheon of heroes, villains, giants and mystic lands. Reserve your copy today, because ightning doesn't strike twice! Collecting JOURNEY INTO MYSTERY #111-120 and ANNUAL #1.