The book that started the worldwide phenomenon is finally available in softcover! KICK-ASS is back, in time to celebrate the DVD release of the movie and the launch of KICK-ASS 2: BALLS TO THE WALL! KICK-ASS is the NEW YORK TIMES bestselling graphic novel that spent three months at the top spot on the Diamond Direct Market Charts and spawned the movie that opened at number one in the box office! Kick-Ass and Hit-Girl's origins are here under one cover! Relive--or experience for the first time--what happens when teenager Dave Lizewski asks himself, 'How come nobody's ever become a superhero before?' Superstar creators MARK MILLAR and JOHN ROMITA JR. have created a true 21st century classic. When your grandchildren ask you where you were when KICK-ASS came out, you'll want to be able to look them in the eye and tell them the truth: you were reading this paperback! Collecting KICK-ASS #1-8. 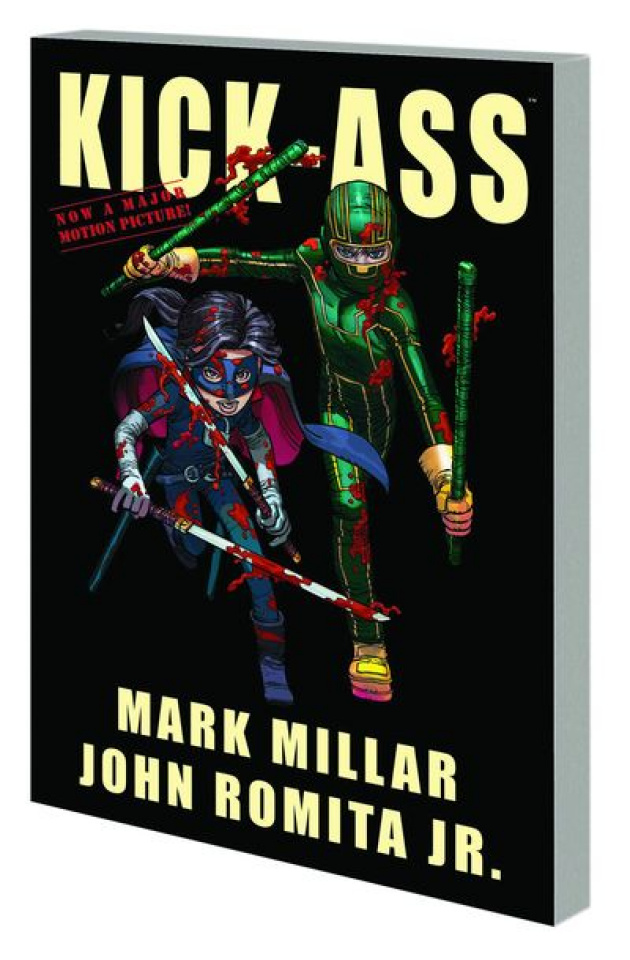