Colonel Adam Crais's minutemen are literally trapped between a rock and a hard place; in the first days of the Revolutionary War, they find themselves hiding beneath 120 feet of New England stone, with a full regiment of redcoats waiting for them in the daylight... and a door into hell in the cavern below.
The black door is open, and it's up to a 16-year-old smith named Ben Locke to find a way to close it. The biggest mysteries of the Locke & Key series are resolved as Clockworks opens, not with a bang, but with the thunderous crash of English cannons. 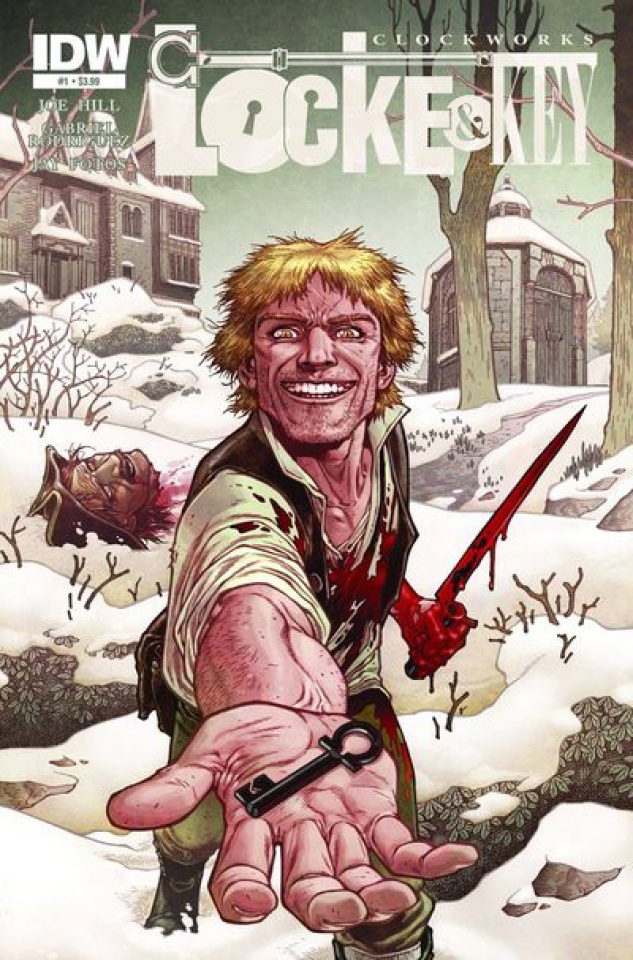