In this issue, it's the secret origin of Bladezz's alter ego, the supernaturally gifted model Finn Smulders! When all he wants is a place to play the Game, and faced with a controlling mother, know-it-all sister, and obnoxious potential stepfather, can Bladezz use Smulders's 'powers' to save the day? Can he keep his new identity secret? And can any good possibly come of fatherly advice from Vork?

"It's hard to believe The Guild is Day's first foray into comics. Day manages to translate Cyd into this new medium with all the same quirks, timing, and personality of her live-action character." --MTV's Splash Page 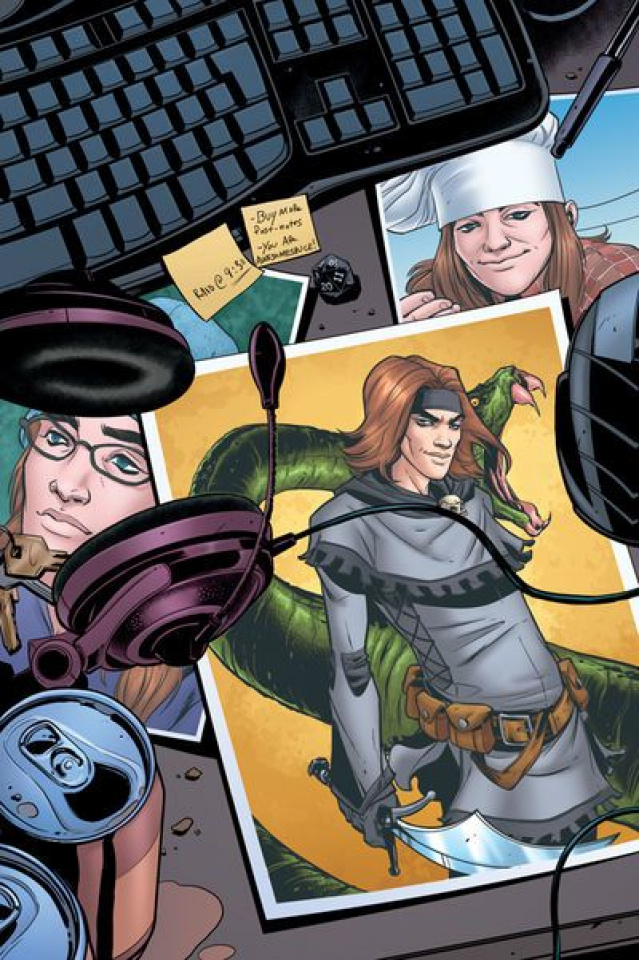