Sandman Book One (The Deluxe Edition)

At last, The Sandman is collected in a new series of deluxe edition hardcovers! As this epic, award-winning series begins, an occultist attempting to capture Death to bargain for eternal life traps her younger brother Dream instead. After his 70-year imprisonment and eventual escape, Morpheus goes on a quest for his lost objects of power. On his arduous journey, Morpheus encounters Lucifer, John Constantine, and an all-powerful madman. Collects The Sandman issues #1-16 and Sandman Midnight Theatre #1, featuring the one and only meeting of Morpheus and Wesley Dodds, the Golden Age hero called the Sandman. 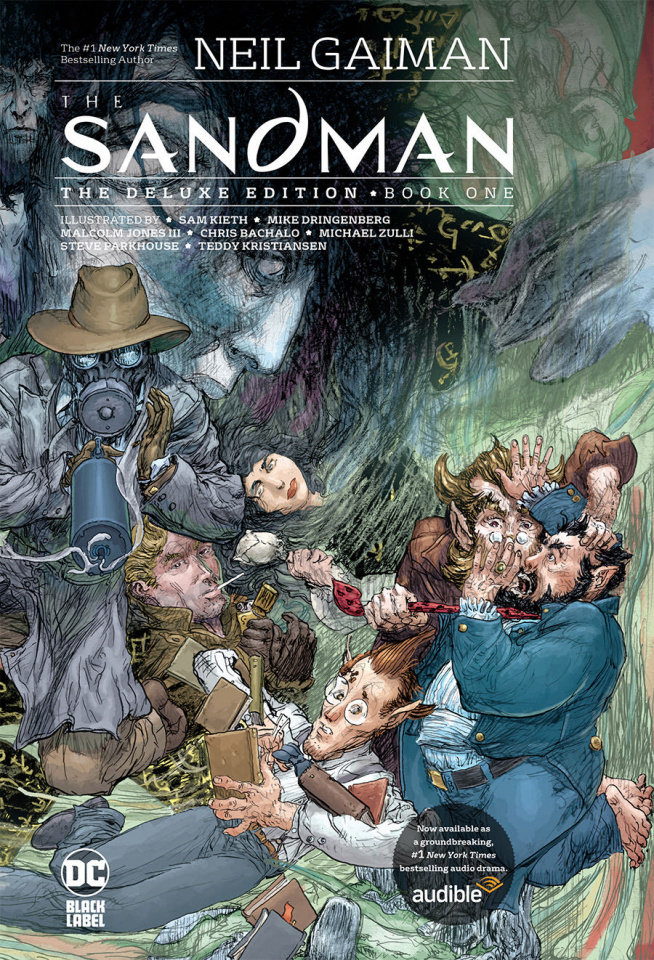