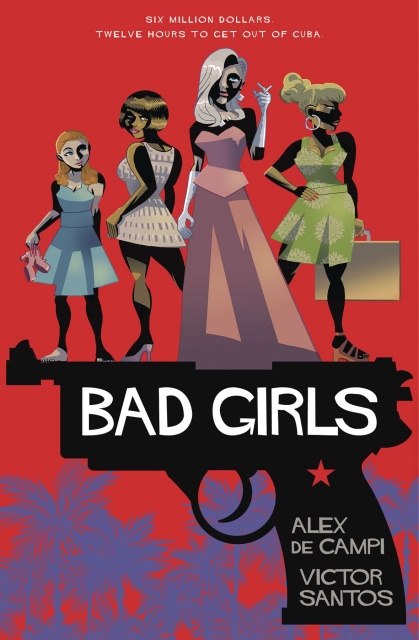 Six million dollars. Twelve hours to get out of Cuba. A gangster's moll, a jazz singer, and a mambo queen all have their reasons for needing to escape the El Eden Casino in Havana. And during a tumultuous New Year's Eve in 1958, when Cuban dictator Fulgencio Batista flees the country and the nation falls to Fidel Castro's Communists, they get their chance, thanks to the help of six suitcases filled with stolen dirty money. Of course, it's one thing to get the cash... and quite another to get off the island alive.