Jane Foster is back! For years, you knew her as Dr. Jane Foster, one of Thor Odinson's most steadfast companions. Then you knew her as Thor, Goddess of Thunder, who took up the mantle when nobody else was worthy. Now Jane takes on a new role as Valkyrie, guide and ferrywoman to the dead! But her days of battle are far from over - especially when Marvel's deadliest shot gets his hands on the sword of a god! With the Asgardian weapon Dragonfang in his hand, who is Bullseye targeting - and what is he really after? Jane must learn a hard lesson: Not every death can be prevented. And when a friend falls, Jane discovers that Valhalla is only one hall of the dead. The multiversal afterlife awaits!

Collecting VALKYRIE: JANE FOSTER #1-5 and material from WAR OF THE REALMS: OMEGA. 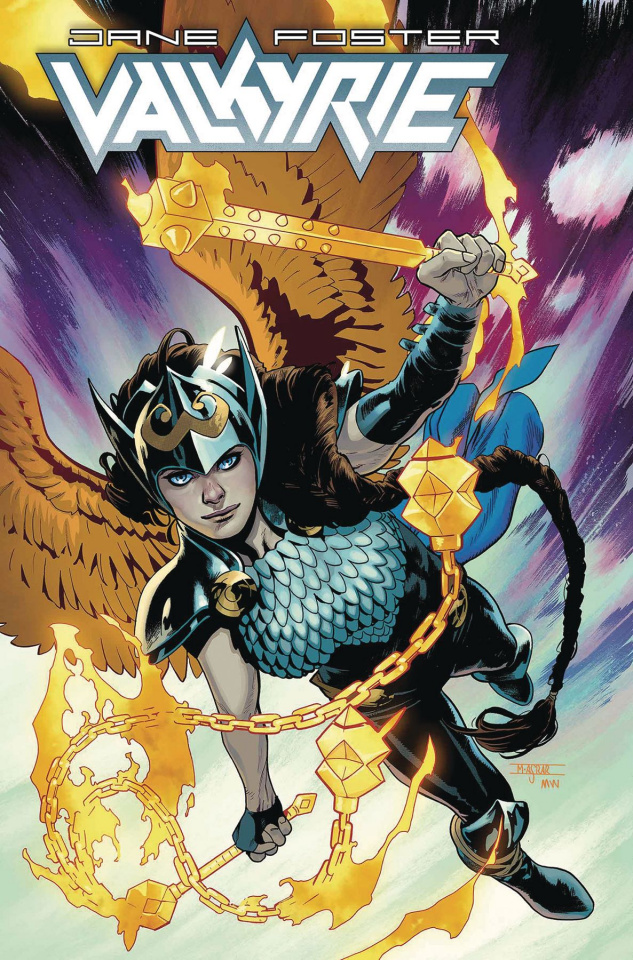