Dames and Deadites abound in Prohibition Era Chicago, as Ash finds himself trapped by a wanna-be gangster who's gotten his hands on a copy of the Necronomicon! How can this be possible if Ashley J. Williams is supposed to be its keeper? How will he be able to escape the clutches of the Deadite Mob without his trusty chainsaw and boomstick? And how will he ever find his way back to the present, where an old enemy is plotting his revenge? It's the continuing adventures of the hero from the cult-classic horror/adventure film! NEW ENEMIES! NEW LOCALES! SAME BIG CHIN! 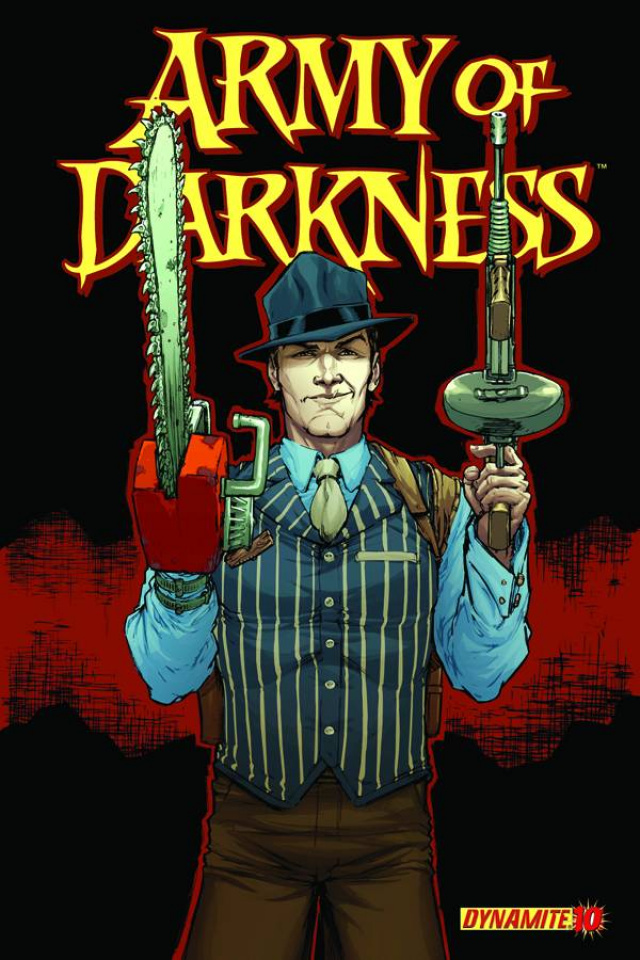