Remember last volume's cliffhanger? The penultimate installment of this acclaimed reprinting of E.C. Segar's masterpiece begins with 'Popeye's Ark: Part Two,' the tale of Popeye's eventful reign over Spinachovia - a bleak island populated only by men and lacking all 'femininity' - even as Olive Oyl controls the country of Olivia (not to mention the men of Spinachovia).

Then in 'War Clouds,' the two monarchies come tumbling down in a furious battle as Spinachovia is attacked by the tyrannical land-hungry King of Brutia, King Zlobbo! This volume's star is Eugene the Jeep, the rare, friendly, leopard-spotted, and magically-endowed little creature.

And Segar makes a great addition to the cast in 'The Search for Popeye's Poppa,' when the ever-cantankerous Poopdeck Pappy is tracked and finally, hilariously found; the title of the follow-up story, 'Civilizing Poppa,' speaks for itself, as it tells the classic tale of man taming beast as Popeye guides a stubborn Pappy through table manners.

And as in every volume, this year-and-a-half's worth of full-color Sunday strips are as dazzlingly reproduced as ever. The adventures of Popeye, Olive, Wimpy, Swee'Pea and the gang on the top are complemented with the riotously funny bonus strip 'Sappo,' including a somewhat self-referential storyline where the titular character becomes a cartoonist and teaches the craft to his friend, Professor Wotasnozzle. 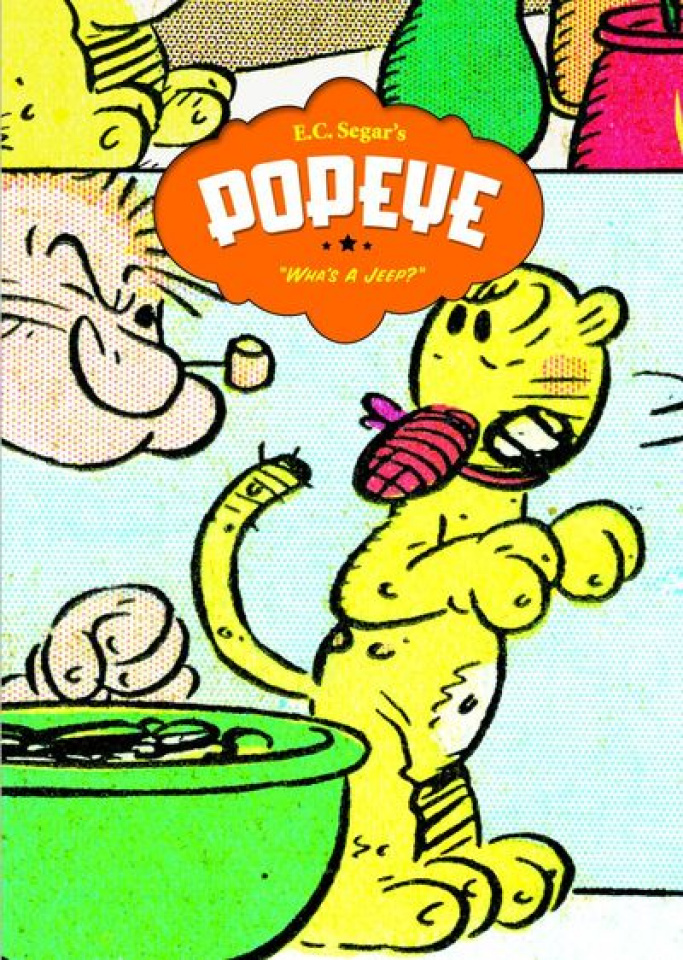