The story continues to trace the formation of the Green Hornet and Kato's crusade against crime and the arsenal necessary to make that happen. Rusty Schmidt finds himself frustrated in trying to, at Britt's insistence, devise a non-lethal weapon that can still put the Hornet's enemies out of commission, an elusive trick to which Kato may hold the solution. Meanwhile, in the 'present' day adventure, the Hornet and Kato step up the pressure on mob-boss Skid Caruso's operations. But, unbeknownst to them, Caruso has called in his own outside muscle-a merciless and sadistic enforcer known only as 'The SCOURGE'! 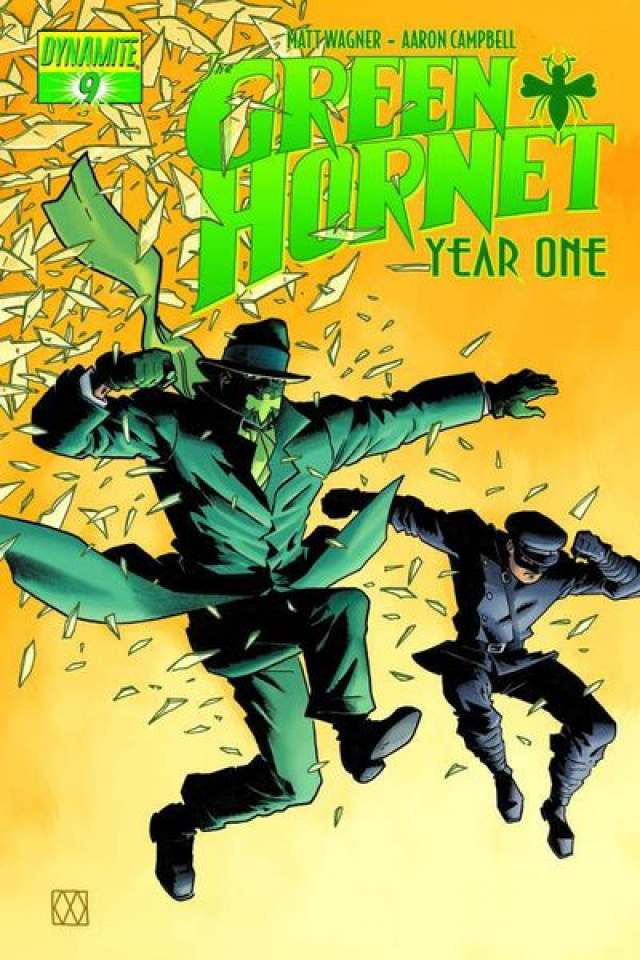