Mild-mannered Drake Mallard leads a pretty average life, relaxing at home, helping his daughter Goslynn with her homework, and palling around with his best buddy Launchpad McQuack. But this suburban pastoral doesn't make for very exciting comics. Good thing Drake is secretly the crime-fighting powerhouse, Darkwing Duck! Whew, we were worried this would be the most boring solicitation copy in history! Darkwing Duck, aided by Launchpad, Goslynn, and their many allies, fought the forces of darkness in his beloved city of St. Canard for years, keeping the citizens safe from an endless supply of increasingly ridiculous supervillains. When the job was finished, Darkwing slipped into the shadows, not to be seen or heard from again. But just how safe was the city he left behind, and what's going on with the creepy robotic "protectors" the mysterious Quackwerks corporation has rolled out to take Darkwing's place? When the utopian shine begins to wear off, it looks like St. Canard will need her superhero once again, as long as he comes out of retirement in time! Collecting the entire out-of-print and sold-out comic book series for the first time in one volume, this 400-page blockbuster is big enough to knock out a burglar. It's also completely remastered and revised with an all new epilogue, making this one without a doubt, "The Definitively Dangerous Edition!" 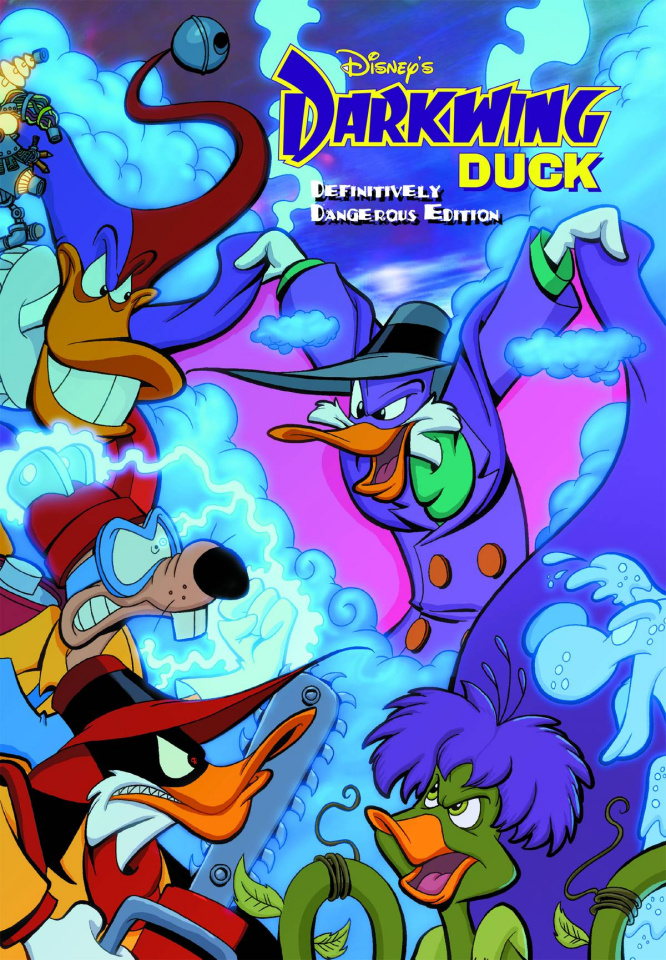