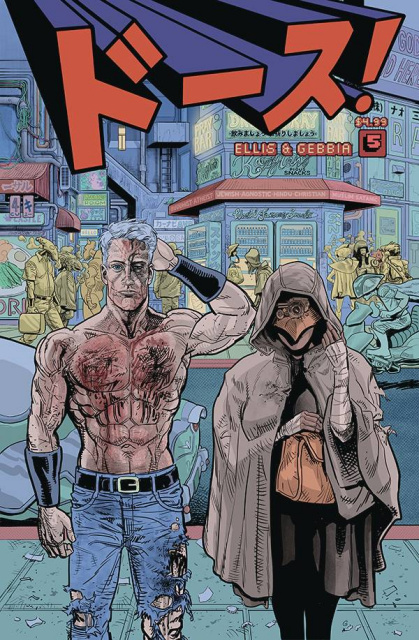 DOSE! is a unique reinterpretation of the super hero genre which explores what would happen to society if the technology and superhero population introduced in the Silver Age of Comics grew exponentially through today.

Super Powers are mundane, kaiju walk the streets, and cybernetic enhancement surgery is just a phone call away-if you have the cubits to pay for it, that is.

Meet the Screw Worm, an unemployed, ex-teenage metahero sidekick with a growing dependency on drugs and too much time on his hands.

Meta Kate and the Screw Worm take sanctuary, both from the police and the blur-addled- speedster-assassin known as Burnout, within the Church of Variable.

Little do they know, they've just walked into the clutches of a shape-shifting, religious, sex cult hell-bent on adding them as their newest converts.

What sort of depraved debauchery does the Church of Variable have in store for the Screw Worm and Meta Kate? Might Meta Kate and the Screw Worm actually just decide to stay of their own accord?