A New York Times-bestseller, RASL is Jeff Smith's follow up to his epic fantasy Bone. A tightly wound mixture of science fiction, noir and conspiracy theories, RASL is a gritty, hard-boiled tale of an inter-dimensional art thief caught between dark government forces and the mysterious powers of the universe itself. Deeply buried secrets beckon in the second part of Jeff Smith's hardboiled science fiction opus. Even as Rasl pieces together the clues around him, his personal life is coming apart, and the mysterious little girl brings a warning from the multiverse itself! The award winning completed novel is embellished with muted, smoky color by Steve Hamaker and Jeff Smith. 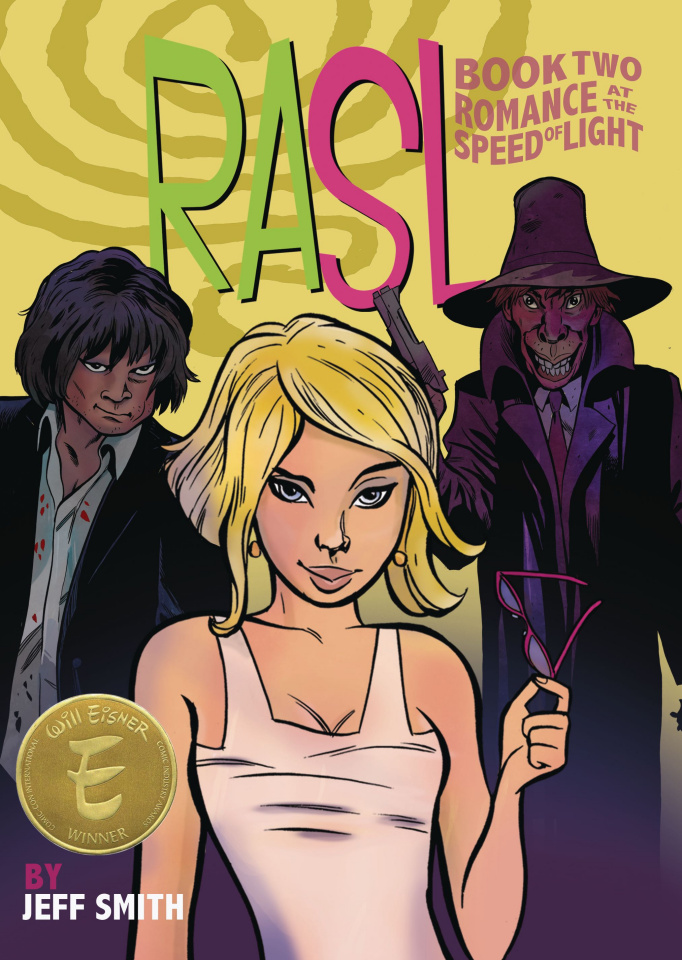