New York Times Bestselling Author, MAX BROOKS delivers a new chapter in the horror event of the year! The vampire race has declared all-out war on the subdead zombie hordes. Now blood drinking aristocrats stand shoulder to shoulder as they wade into the wave after wave of shambling plague that has nearly wiped the human race from the Earth. But centuries of privilege have made the vampire race soft and dependent upon servants. With the realization that the end of humanity also means the end of vampires, they attempt to do what they have never as a race been able to accomplish - learn new ways to fight! Available with Regular, Wraparound, End of a Species, Leather, and Bloodwashed and Pure Art Retailer Order Incentive covers, all by series artist Raulo Caceres. 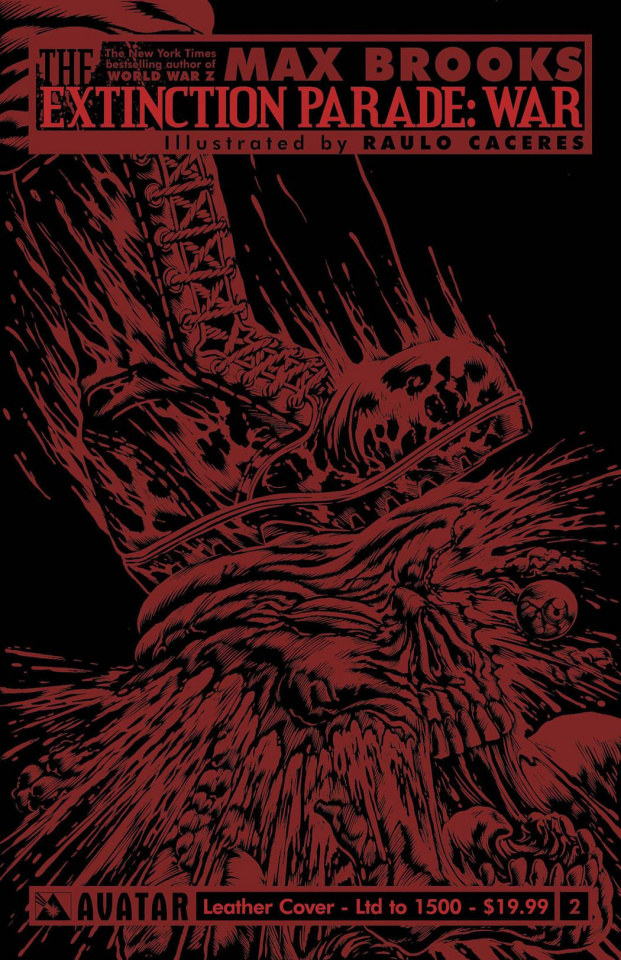