The original alternate-reality dimension-hoppers! Led by Blink, the fan-favorite character from the Age of Apocalypse, the Exiles were each plucked from different times and dimensions, brought together to fix the kinks in the chains of the Multiverse! Meet Nocturne, daughter of Nightcrawler and Scarlet Witch! Magnus, son of Magneto and Rogue! Thunderbird, transformed by Apocalypse into a powerhouse! Mimic, one of his planet's greatest champions! And the shape-changing Morph! Together, they must travel from world to world, striving to put right the timelines - or risk seeing those realities blink out of existence! But not everyone will survive their first mission! Who will live to visit far-out places from a Skrull-conquered Earth to Mojoworld and take on threats including Phoenix, the Hulk, Sentinels and Galactus? And what uncanny versions of your favorite heroes will join the Exiles? 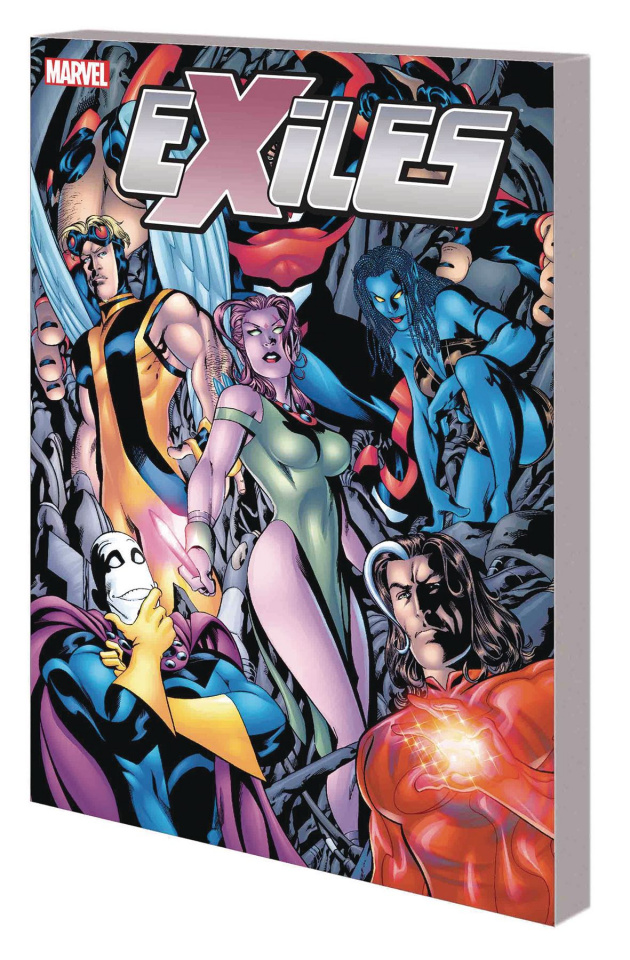