The sequel to 2009's "The Night Witches"! Lieutenant Anna Kharkova is posted to single-seat fighter aircraft and sent straight into action. Hardened and embittered by the loss of her comrades, Anna is only too keen to get her teeth into the enemy- but with Russian and German armies about to collide in the titanic battle of Kursk, her first flight with her new squadron may well be her last. And once the Soviet secret police start sniffing around, death in battle may well be preferable anyway. Soon horrific losses land Anna with the very last thing she wants: more responsibility, in the shape of eight young replacement pilots to be trained for combat. But with the Battle of Kursk reaching its climax, rookies are nothing but lambs to the slaughter- and even the most experienced pilots find themselves flying on borrowed time. The former Night Witch meets her destiny, as Motherland- and the second series of Battlefields- conclude with a bang. 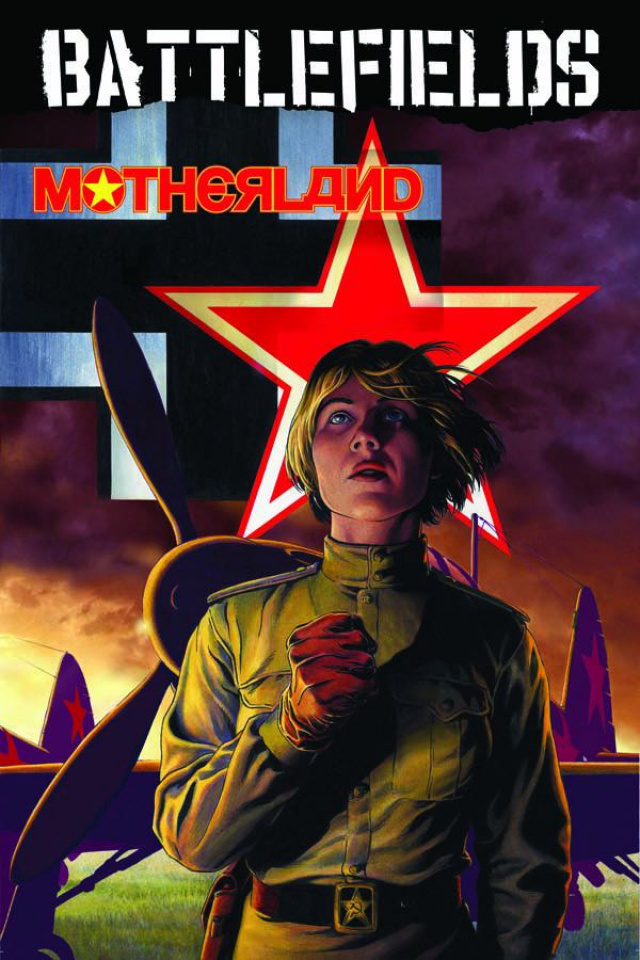