It's the kids' comic that you don't have to be a kid to enjoy, the comic that was too outrageous for Free Comic Book Day! We don't like to brag, but this is one of the most ridiculous things you'll see all year, with a cast that's absolutely nuts. Filbert and his reluctant pals Hazel and Cashew find themselves the toast of the town after miraculously winning their middle school science fair competition, but the town itself is about to become toast when the swirling, yowling Meowstorm roars into the city of Turtleview. And wouldn't you know it, only Filbert and his friends stand between salvation and certain cat scratches and allergic attacks. Our guarantee- If you find any other comic on the stands this month that's as ludicrous as The Filbert Factor, we'll... What are we talking about? You WON'T find another comic that's as ludicrous as this. Trust us. The Filbert Factor comes with two covers - Main and a special Blueprint Limited Edition both by Horacio Domingues & Ruben Gonzalez. 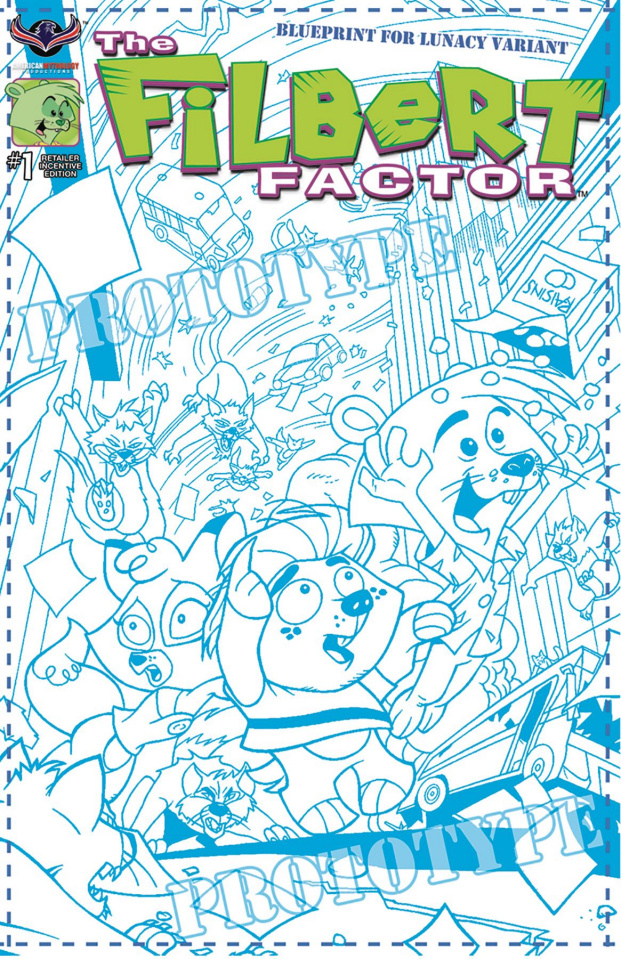