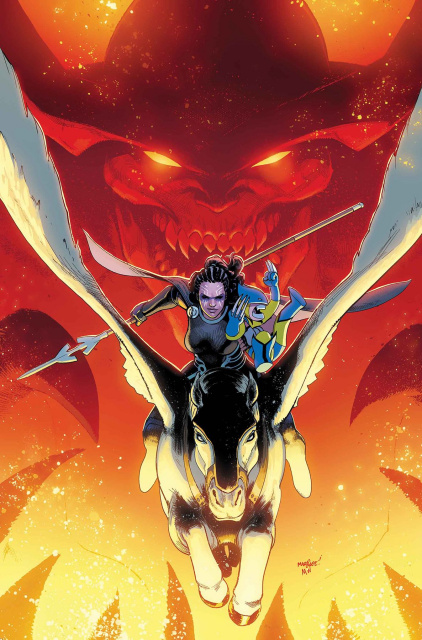 SHE COMES FROM THE LAND OF THE ICE AND SNOW!

...and enchanted hammers! The Exiles land in Asgard just in time to aid Valkyrie in a fight against the fire demon Surtur! But the Lord of Ragnarok is the least of their problems. The Time-Eater is hot on the team's heels, and when he takes Asgard, no Valhalla awaits Valkyrie or her new friends. Good thing they're about to pick up a Wolverine! And he's got red on his claws. The mystery of the stolen pies starts here as Blink completes her new team of multiversal champions!