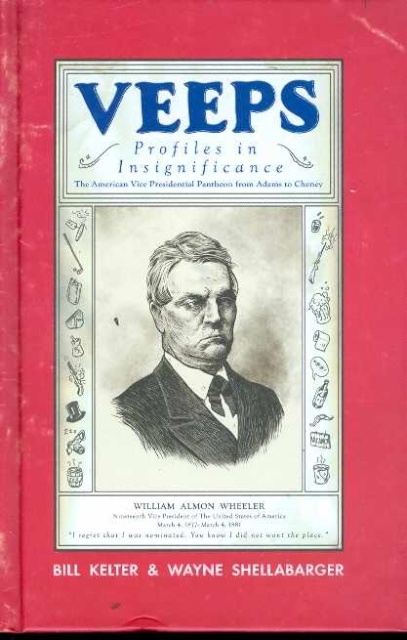 It's a tired but true cliché that every American Vice President is just a heartbeat away from the most powerful job in the world, a job they've often never really interviewed for. Who are these people? We all know about the one who shot his hunting partner in the face, but how about the tavern owner who once married one of his slaves and then sold her at auction when she tried to leave him? Or the one whose President went to his death regretting that he hadn't had his Vice President hanged? Or the one who was too frequently inebriated to serve out the whole of his term? Over more than 200 years, the American voters have sent a platoon of rogues, cowards, drunks, featherweights, doddering geriatrics, bigots, and atrocious spellers to Washington D.C. to sit one bullet, cerebral hemorrhage, or case of pneumonia away from the highest office in the land. Veeps tells the sordid, head-scratching, perversely-entertaining stories of these men we've chosen to ride shotgun in the biggest rig in democracy, without ever seriously considering the possibility that they might have to take the wheel.