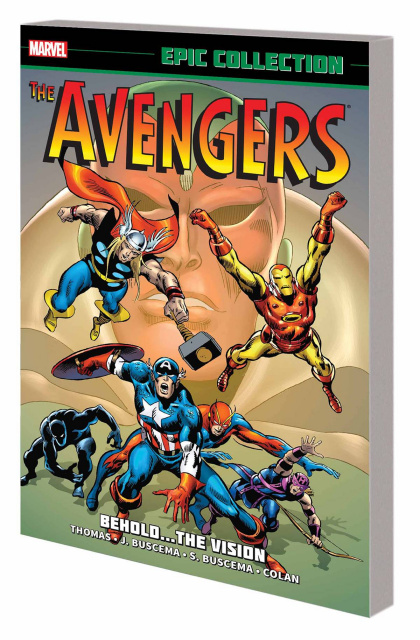 Prepare yourself for one of the most stellar creative periods in Avengers history! Roy Thomas, John Buscema, Gene Colan and Sal Buscema raise Earth's Mightiest Heroes to unheard-of heights with the debut of the Vision, an all-out battle with Ultron, and the introduction of Yellowjacket and an all-new Goliath! Then, Kang the Conqueror drops in from the 41st century, pitting our heroes against the Squadron Sinister in a cosmic chess match! As if one set of adversaries from across time wasn't enough, the Avengers must also battle the Captain America, Sub-Mariner and Human Torch of 1941! Also featuring the Black Panther vs. the Sons of the Serpent, the return of Quicksilver and the Scarlet Witch, and barbarian Arkon the Magnificent! Collecting AVENGERS (1963) #57-76 and MARVEL SUPER-HEROES (1967) #17.