JH and Sarah meet online, connecting on a regular basis for virtual hookups. Their unromantic connections, brief and solitary, eventually obsess JH, who tries to convince Sarah to meet him in person. A strange game of seduction ensues, eventually resulting in JH accepting a challenge of abstinence in the hopes of gaining intimacy with Sarah.

The Perineum Technique is a masterful meditation on intimacy in our era of hyperconnectivity, brilliantly employing visual metaphor in lieu of sexual explicitness - the couple's acts of online congress often begin with naked plunges off giant obelisks - to create a wildly original graphic novel tour through the subconscious of young romance.

Originally serialized in the pages of Le Monde, the prestigious French newspaper, The Perineum Technique is one of the country's most acclaimed graphic novels of recent years, by two of its most exciting creators. 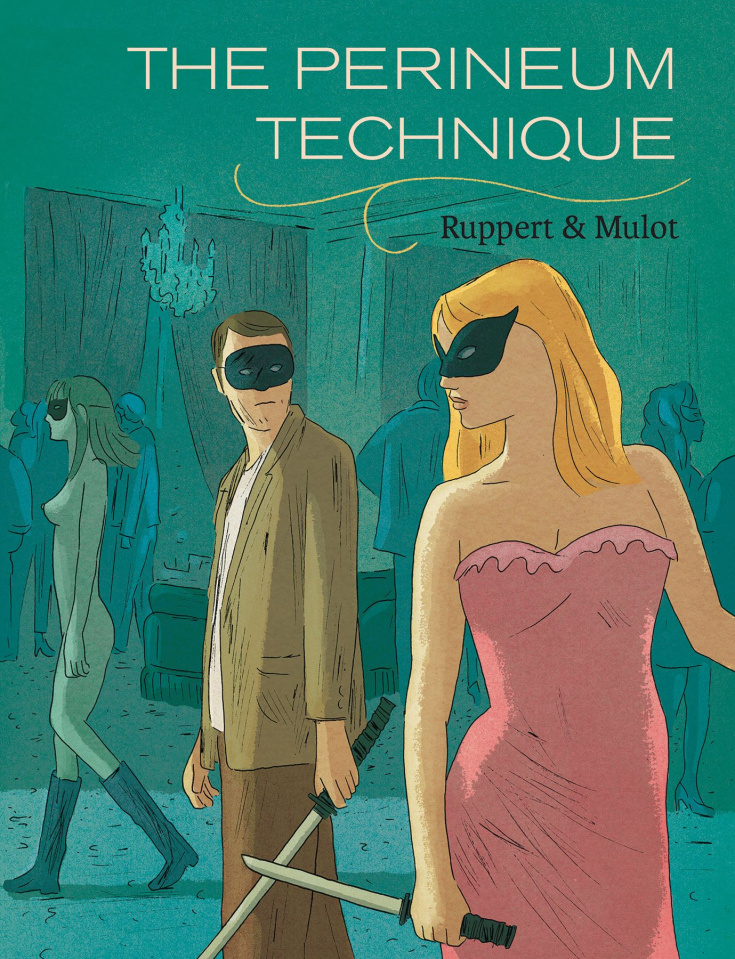