From the legendary Leiji Matsumoto, along with Jerome Alquie, comes an epic new story! Set within the timeline of the original series, this brand-new Captain Harlock adventure marks the beginning of a new story arc.

Planet Earth is threatened by an upcoming invasion by the Sylvidres and despite being banished as a pirate, Captain Harlock won't give up trying to save the world. This time, the source of danger comes directly from Earth, not outer space. A team of scientists discovers a Sylvidres mausoleum where they find information about terrifying genetic manipulations and a destructive power capable of either providing the Sylvidres with immortality or putting an end to their civilization. The unprecedented cold spell hitting Earth might only be a taste of what this new enemy has in store... Will Captain Harlock and his crew manage to solve this mystery and save the Earth from yet another menace? 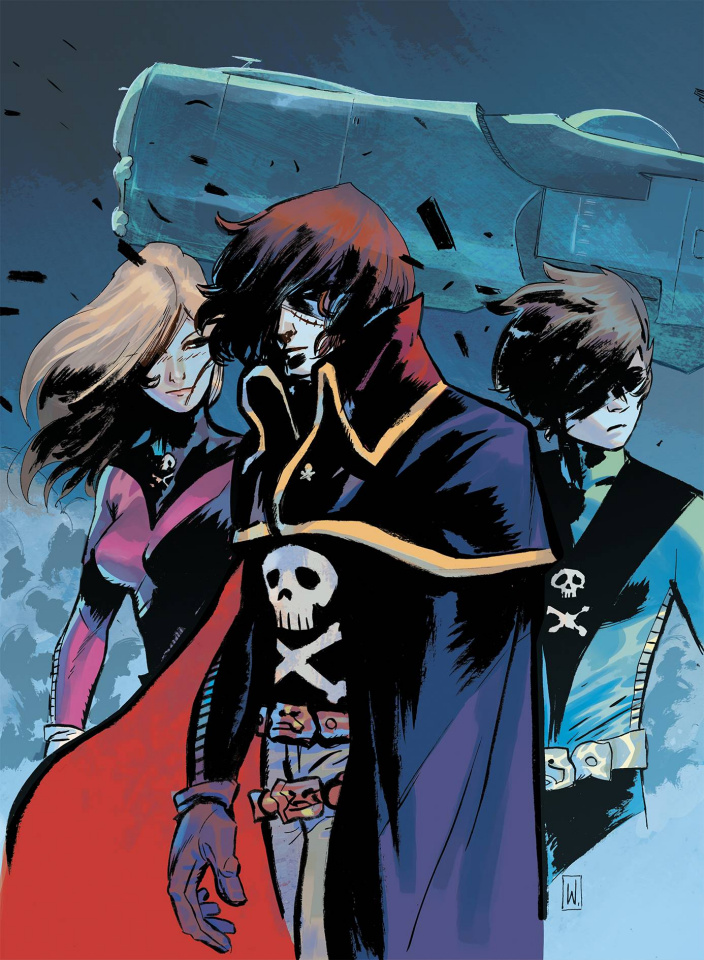